Rep. Alexandria Ocasio-Cortez is striking back to Elon Musk’s plan to charge Twitter users a monthly fee to have their accounts verified.

Twitter has reportedly discussed plans to charge a $20 monthly verification fee. However, Musk announced the change in a thread earlier in the day, writing that for $8 a month, Twitter Blue will bring “power to the people.”

“The current masters of Twitter [and} peasants system for who has or doesn’t have a blue checkmark is bulls—,” Musk said, noting that price would be adjusted by country.

Those who pay will also get priority in replies, mentions and search, the ability to post long videos and audio and see half as many ads.

Publishers “willing to work with [Twitter]” will get “paywall bypass,” and Musk said it will be a “secondary tag under the name for someone who is a public figure.”

Twitter users who pay a monthly fee to have their accounts verified will also get priority in replies, mentions and searches, the ability to post a long videos and audio and see half as many ads, according to Elon Musk’s plan. (Jakub Porzycki/NurPhoto via Getty Images/Getty Images)

GET FOX BUSINESS ON THE GO BY CLICKING HERE

The announcement drew criticism from those with and without blue checks.

Some said they would simply record the blue checks on their profiles, instead of paying cash the new leader of Twitter.

Earlier on Tuesday, the author Stephen King rejected the idea of $20 verification fee.

“$20 a month to keep my blue check? F— that’s what they should pay me. If that goes through, I’m gone like Enron,” King tweeted.

“We have to pay the bills somehow!” Musk replied. “Twitter can’t rely entirely on advertisers. How about $8?” 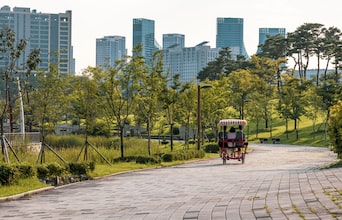 What happened to Hu Jintao at the Chinese Congress?