I left Google in the summer after working as an analyst for a year. After I left, I posted a series of tweets sharing some of my thoughts on working in the private sector. The tweets went viral among academics – it seems many were interested in what I was bringing with me to the university world.

An astronomer by training, I joined Google’s anti-spam team from a postdoctoral position at the Swiss Federal Institute of Technology in Lausanne (EPFL). The work involved a review of suspicious activity in Google’s ad ecosystem. Some such activity is accidental, and some is intentional – when other advertisers click on ads to eat up their competitors’ budgets, for example. Whenever a client raised a valid concern, the team investigated the data with the goal of uncovering as much fraudulent activity as possible and preventing it in the future.

At the end of July, I left Google to start another postdoc at EPFL. One of the main reasons why I decided to return to academia was the desire to regain the independence I had lost in the private sector. There, you are ultimately hired to do a job, and in most cases your manager or senior staff defines what you do and how you do it. This can leave you with a job that you just aren’t excited about. But my time at Google has taught me valuable lessons that I want to share with others in academia.

Don’t be a hero

This is one of the most important lessons I take with me. If a task can only be completed by putting your mental and even physical health at risk, you are effectively hiding flaws in the system. If you consistently work longer than the contracted hours or duties, these deficiencies will not be detected and will remain uncorrected. Google promotes this “don’t be a hero” mindset. 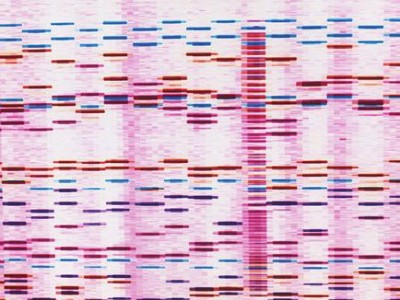 During my first week, for example, I was diving into a huge spam thread to get ready for work and working late into the night. My manager, who was in a different time zone, saw me online and suggested I make an appointment. This brief interaction set different expectations than I was used to; in academia, my working hours often exceeded normal working hours.

As a counterexample from the academic world, I know of a part-time administrative position in a student organization that was paid as 40% full time. The incumbent worked for several years without problems, managing the affairs of the secretary of a large student organization at the university. Under normal circumstances, the workload was manageable, but one year there was an internal reorganization that increased the workload, along with an additional project that required a lot of time and energy. Within a year, the workload became much more than one part-time person could handle. They stepped up, working well beyond their contract hours, behaving like heroes and enduring constant stress for long periods of time. This resulted in a burnout and they eventually withdrew from the position.

The system was repaired only after this happened and the person discovered increased pressure and strain. Now the role is 80% of the job. The lesson here is: do a good job, but if it’s too much to handle, speak up instead of trying to hold on, especially in times of crisis. Only in this way can systemic problems be solved.

You are responsible for your career

This applies to both the private sector and the academic community. I was actively reminded of this fact by my colleagues and managers at Google, but in academic circles the reminders are not so present.

When I left academia to join Google, my biggest struggle was the idea that other people—especially those in my immediate scientific environment—would judge me and think badly of me, especially my boss, who spent time and energy to bring me to the institute in the first place. But if you put other people’s interests before your own, you won’t be in control of your career. I made the choice I thought was right for me.

When I rejoined EPFL, I almost apologized to a senior professor, saying that I was back and ready to start working at the institute again. He was not even aware that I had been gone for a year. I was so worried about what my colleagues at the institute would think of me, but people keep coming and going.

I always thought that as an astronomer I would have a hard time finding a job outside of university.

You don’t see many advertisements for astronomer jobs in the private sector. However, I found that the years I spent writing data analysis code; discussing the great unknowns in the Universe; presenting my research to a wide audience; and writing research articles and grant proposals has shaped skills that are in high demand outside academia. I realized that these skills qualified me for roles such as data scientist or software engineer, in sectors as diverse as information technology, banking and life sciences. There is actually a shortage of talent in these sectors, but to take advantage of it you need to know how to sell your skills.

If you write in your job application that you’ve published seven peer-reviewed articles, you’re likely to earn blank stares from recruiters rather than invitations to interviews. But making it clear that you managed a research project from start to finish—working with various stakeholders (peers, reviewers, and editors), scheduling meetings, documenting efforts, and bringing the project to a successful conclusion—highlights many sought-after skills. Now I know that when my current postdoctoral contract ends, if I don’t find anything in academia, the doors to the private sector are wide open for academics like me.

This is an article from the Nature Careers Community, a place for Nature readers to share their professional experiences and advice. Guest posts are encouraged.

The author declares that he has no conflicting interests.

Neanderthal deaths may have been a lot sexier than previously thought

A new satellite is one of the brightest objects in the sky, and it’s a big deal: ScienceAlert