Former President Barack Obama was delusional Wednesday during a rally in Phoenix for Arizona Democrats.

Obama fell behind Sens. Mark Kelly and Katie Hobbs, who are in close races for the Senate and governor, and was talking about the economic impact of the coronavirus pandemic on American families and communities when he was interrupted by a heckler.

“The pandemic has also highlighted, and in many cases exacerbated, problems we’ve been struggling with for years — an economy that’s very good for people at the very top, but not always so good for ordinary people,” Obama said earlier. be interrupted.

“Like you, Obama!” shouted the heckler before the crowd showered him with boos.

“Wait, wait,” Obama said. “Young man, listen just a moment. You must be polite and civil when people talk, then other people talk, and then you have a chance to talk.”

“Set up your rally,” the former president added. “A lot of people worked hard for this. Come on, man.”

In his speech, Obama highlighted the rise in political violence and warned that if Republicans are elected in the state, “democracy as we know it may not survive in Arizona.” His remarks were similar to a President Biden’s televised address earlier Wednesday in Washington, DC

Obama’s state visit comes as Kelly’s lead over Republican challenger Blake Masters narrows and Hobbs trails Republican Kari Lake by one point, according to the latest Fox News poll. Lake’s lead in the gubernatorial race is within the margin of error.

Julia Musto is a reporter for Fox News and Fox Business Digital. 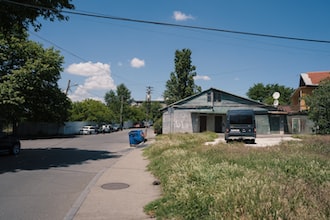 Mindful of his own ‘bullying’ in the midterms, Obama returns to the campaign trail to bolster Democrats

Russo-Ukrainian War at a Glance: What We Know on Day 256 of the Invasion | Ukraine