Russo: If the Nets hire Ime Udoku, it would send another clear message to women

I am so tired of people not being held accountable for their actions.

The Athletic’s Shams Charania they reported on Tuesday that Steve Nash has been ruled out as head coach of the Brooklyn Nets, and suspended Boston Celtics head coach Ime Udoka has emerged as a strong front-runner to replace him.

As I saw the news unfold, my heart sank. And then I was angry.

As angry as 2021, when it is Portland Trail Blazers hired new head coach Chauncey Billups, who was accused of raping a woman in 1997 while playing for Celtics and who later “agreed to pay an unidentified woman an undisclosed amount,” according to the Boston Herald. Or the same summer Jason Kidd was hired Dallas Mavericks as their head coach despite a 2001 domestic violence charge he pleaded guilty to for hitting his now-ex-wife. Or when there was an independent investigation into the Mavericks after that Sports Illustrated in detail sexual harassment and a hostile workplace for women.

And how could I possibly ignore the Cleveland Browns handing out a fully guaranteed five-year, $230 million deal to bring in three-time Pro Bowl quarterback Deshaun Watson, following allegations of sexual assault and sexual misconduct by more than 20 massage therapists? Or the countless other times I’ve been angered by similar news.

When Udoka was suspended in September as a result of an intimate relationship with a female member of the Celtics organization, I was shocked. Finally, the team handled a situation of this magnitude fairly and relatively quickly.

The Celtics front office determined that Udoka’s actions were unacceptable and that he was unfit to coach the team he had just brought into NBA The final. They suspended the second-year coach for the entire 2022-23 season.

Or so I thought.

Fast forward not even six weeks, and news that Udoka could soon be back in a position of power in the NBA. As I was driving home Cleveland Cavaliers practice on Tuesday, all I could think about were those involved.

Does anyone care about the women in the Celtics organization? The woman who came forward and those unfairly dragged away by a flurry of Twitter trolls trying to identify the aggrieved subordinate? At least president of basketball operations Brad Stevens spoke up.

“We have a lot of talented women in our organization,” Stevens said at his Sept. 23 press conference. “I thought it was difficult for them yesterday. No one can control speculation on Twitter… but I think we as an organization have a responsibility to make sure we’re there to support them now. Because a lot of people were unfairly dragged into it.”

The same team that a month ago said it supports its female officials allowed the Nets to interview Udoka. By denying Brooklyn’s request, Boston was able to secure a one-year suspension. Instead, the Celtics turned their backs on the very employees they said they would protect.

If the hiring does go through and Udoka has to answer questions at a press conference again, how might that affect the woman involved? She may have to live through all this and worry about the possible risk of being identified.

And what about the Nets? Have they even thought about the women working in their organization and how such employment will affect them? Hiring Udoka is a slap in the face to all those women and women everywhere.

Udoka is reportedly on the verge of receiving the award same job in another organization, not even two months after the suspension. His potential employment is also hot on the heels networks – and quite frankly, the NBA – bad handling Kyrie Irving after he tweeted and posted on Instagram an Amazon link to the 2018 film, “Black Hebrews: Black America Awakens,” which included anti-Semitic tropes. 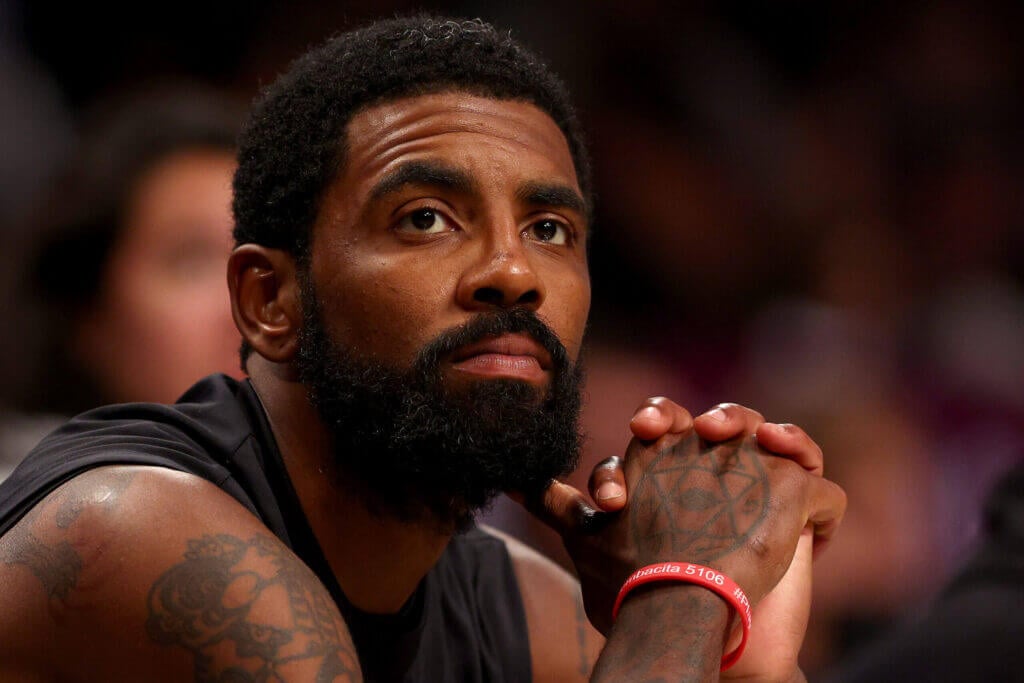 It’s long past time for Kyrie Irving to be held accountable for his actions: Koreen

Nets owner Joe Tsai tweeted on Oct. 28, “Disappointed that Kyrie appears to support a movie based on a book full of anti-Semitic misinformation. I want to sit down and make sure he understands that this is harmful to all of us, and as a man of faith, it’s wrong to promote hatred based on race, ethnicity or religion.”

He followed up that tweet with another reply, which read: “This is bigger than basketball.”

The NBPA issued a statement Tuesday condemning hate speech and anti-Semitism, but did not name Irving, who is one of six vice presidents on the board. The statement read: “Anti-Semitism has no place in our society.” NBPA is focused on creating an environment where everyone is accepted. We are committed to helping players fully understand that certain words can lead to the spread of hateful ideologies. We will continue to work to identify and combat hate speech wherever it appears.”

The Irving-Udok issues are inextricably entwined in that both involve the Nets and send a strong message, but it’s one the Nets shouldn’t be proud of.

The other entity in this conversation is the league. How does the NBA, with information from the Celtics investigation, not intervene and stop this engagement? What does this really say about the NBA – who owns it WNBA and strives to be a forward-thinking league?

If the league is fine with this hire, does that undermine the Celtics decision to suspend Udoka? What message do they send to the injured woman and her colleagues?

The NBA has been talking about women working in safe environments without fear of harassment for years. There is league-wide programs already exist that focus on banning sexual harassment in the workplace.

But the NBA hasn’t taken a strong enough stance to support women. That can change, starting with the league stepping in to ensure Udoka serves her time and isn’t rewarded with another head coaching position, thereby undermining women. Female staff members need to know that their concerns are taken seriously and that the league has an opportunity to finally make it right.

On Tuesday, Nets general manager Sean Marks held a press conference in Brooklyn and shared what he is looking for from the next head coach. His response?

“Leader,” he said. “We’re looking for that for our group. We are looking for someone who will have poise, charisma, responsibility.”

It’s not too late for Marks and the Nets to practice what they preach.

It’s long past time for Kyrie Irving to be held accountable for his actions: Koreen 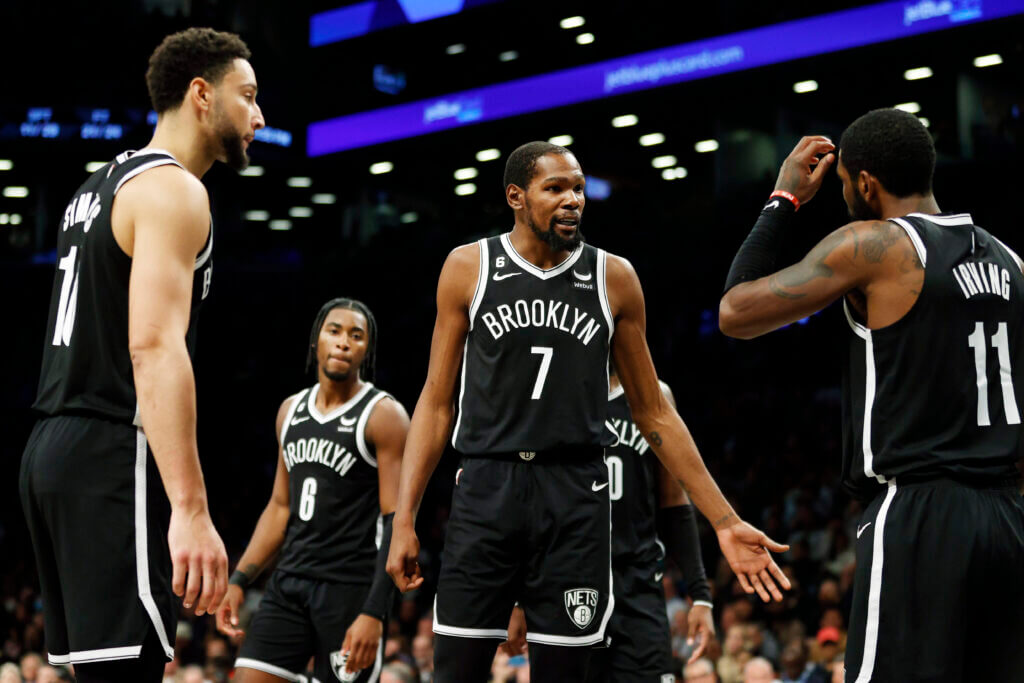 Aldridge: The Nets, clutching at straws, have a lot more problems than their head coach 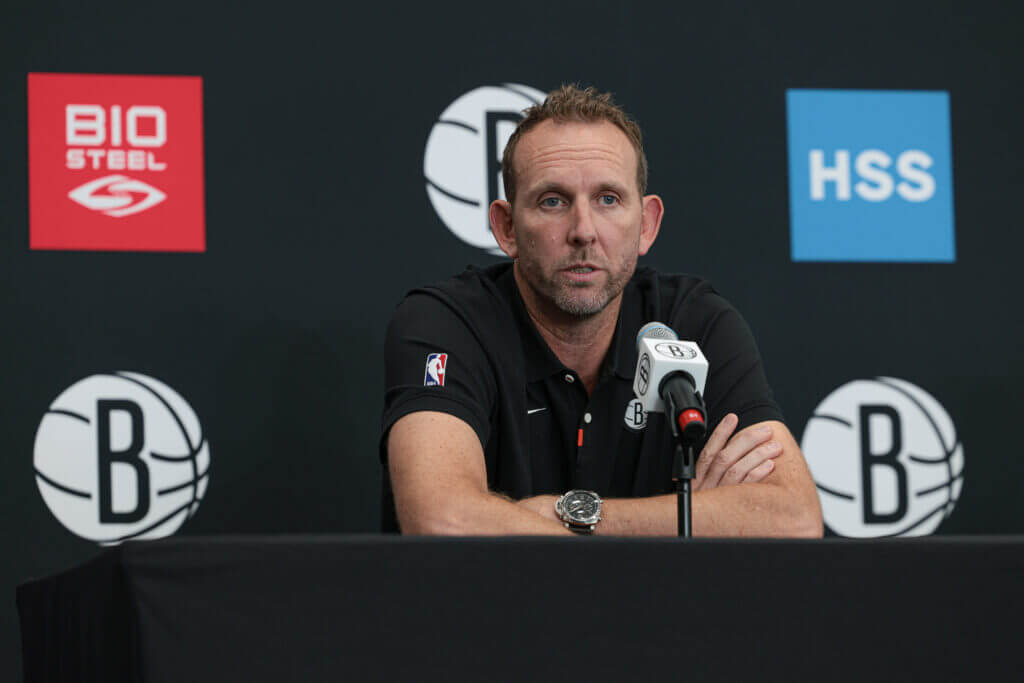 Another day, another scandal the Nets want to play down: Vorkunov 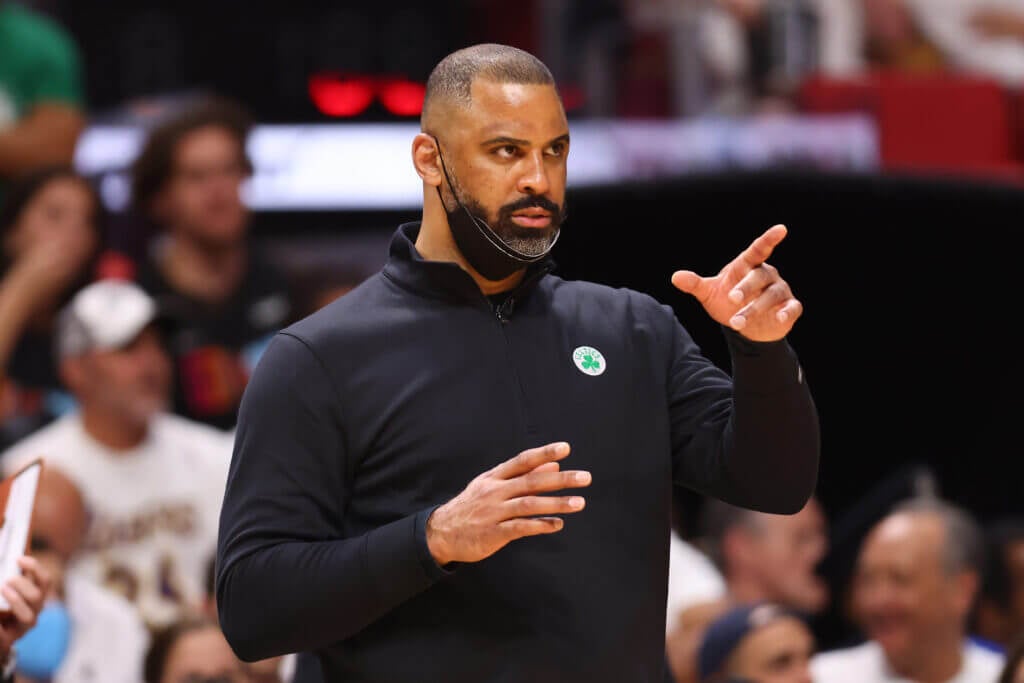 If the Celtics let Imeu Udoka become the coach of the Nets, more than basketball is at stake

Meta is expected to announce mass layoffs this week that could affect thousands as the tech bloodbath continues: WSJ

Tennessee vs. Kentucky score: no. 3 Volunteers dominate as defense stifles no. 19 Wildcats

Why Peltola and Murkowski are well positioned to win re-election