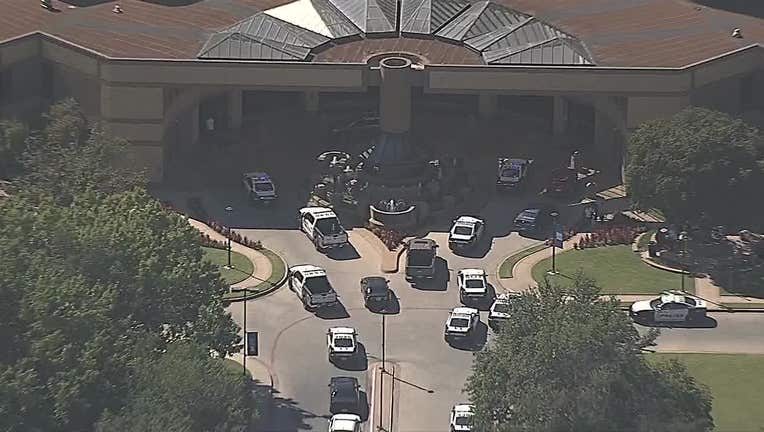 DALLAS – Two hospital employees were killed in a shooting at Methodist Medical Center in Dallas on Saturday morning.

Dallas police say the shooting happened at a hospital in the 1400 block of North Beckley Avenue around 11 a.m. Saturday.

The hospital says a preliminary investigation indicates the suspect shot and killed the employees and then confronted a Methodist Health System police officer.

The officer shot and wounded the suspect. He was then restrained, stabilized and transported to another hospital for treatment.

Executive Director of the Texas Combined Law Enforcement Association he said the suspect shot two nurses from the maternity ward. An officer in the area saw the suspect with a gun and fired one shot, striking the suspect.

There is no ongoing threat, according to the hospital.

Methodist Health System police are investigating the shooting with the assistance of Dallas police.

The Methodist Health System family is heartbroken at the loss of two of our beloved team members. Our entire organization mourns this unimaginable tragedy. During this devastating time, we want to assure our patients and employees that Dallas Methodist Medical Center is safe and free of ongoing threats. Our prayers are with our lost co-workers and their families, as well as our entire Methodist family. We appreciate the support of the community during this difficult time.

READ MORE: Dallas police are investigating a shooting in Uptown

An event that would have given dozens of breast cancer survivors a glimpse of the new Linda and Mitch Hart Breast Cancer Center has been canceled.

This is a developing story. Check back with FOX 4 for more information.

no. 17 Illinois at Nebraska